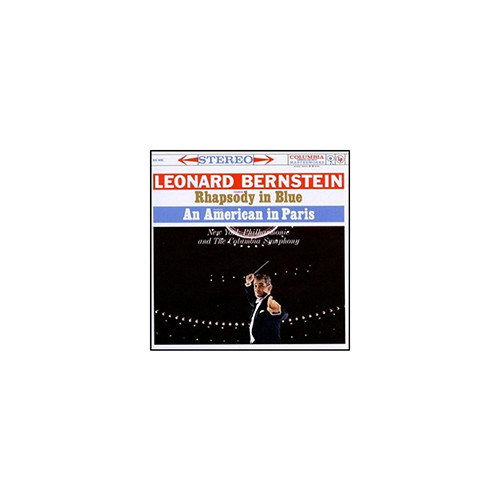 Customers Also Viewed
Description
Gershwin - Rhapsody In Blue - An American In Paris - Bernstein on 180g Import LP from Speakers Corner
This fast and furious orchestral work with piano, which begins with what must surely be the most famous clarinet glissando of modern times, was composed with the intention of presenting as many facets as possible of music from the New World in the short space of around 15 minutes. In his Rhapsody In Blue Gershwin wanted to "paint a musical kaleidoscope of America – our enormous melting pot, our typical national traits, our blues, our seething city life."
With this in mind, Leonard Bernstein made a number of recordings of the work and among the many excellent recordings that he made as a conductor or as a soloist, this present version with the Columbia Orchestra, from 1959, is especially of note. Bernstein takes on a double function as conductor and soloist and maneuvers his way safely and surely through the highly diversified score to create a well-rounded picture filled with hefty orchestral dynamics and finely chiseled solo playing.
In Gershwin’s freely composed work the soloist and orchestra do not resort to bombastic shock effects or egomaniac keyboard acrobatics, and so this the work can be described as rhapsodic in the very best sense of the word. Most fittingly, on the B side there is another freely composed work – the autobiographical sketch entitled An American In Paris. The superb New York musicians paint the impressions of a visitor to the hectic French capital city – that too is the sound of America.
Recorded on June 1959 and December 1958 at St George Hotel, Brooklyn, New York, by Fred Plaut and Frank Bruno. Produced by John McClure.
Musicians:
George Gershwin (composer)
Leonard Bernstein (conductor)
New York Philharmonic
The Columbia Symphony
Gershwin - Rhapsody In Blue - An American In Paris - Bernstein Track Listing:
1.  Rhapsody In Blue
2.  An American In Paris
1. Rhapsody In Blue
2. An American In Paris
Related Videos
How We Pack Your Records At Music Direct
Customers Also Bought