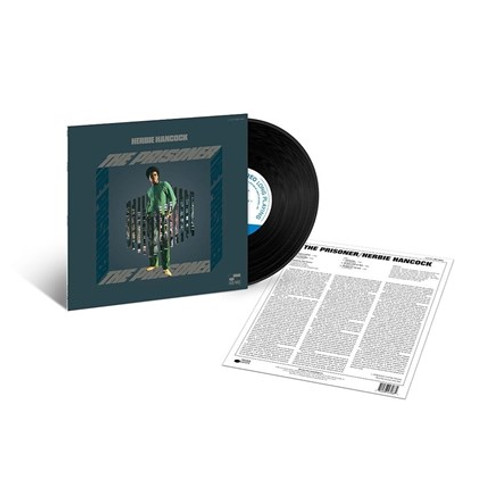 Be alerted when Herbie Hancock - The Prisoner: Blue Note Tone Poet Series (180g Vinyl LP) is back in stock

Throughout his brilliant career, Herbie Hancock has always pushed musical boundaries, exploring a wide variety of jazz idioms while bringing his flair and innovation to every single setting. His Blue Note albums of the 1960's ranged all the way from post bop to Latin jazz, to straight ahead and free form. 1969's The Prisoner served as his final recording for the label and one of his first after exiting Miles Davis' quintet. The ambitious post-bop date finds the music legend in a nonet with the likes of Joe Henderson (tenor sax, alto flute), Johnny Coles (flugelhorn), Garnett Brown (trombone), Buster Williams (bass) and Albert "Tootie" Heath (drums). A tribute to Dr. Martin Luther King and the oppression of his fellow African Americans, Hancock explained that he was, "able to get closer to the real me on this album than on any other previous one."