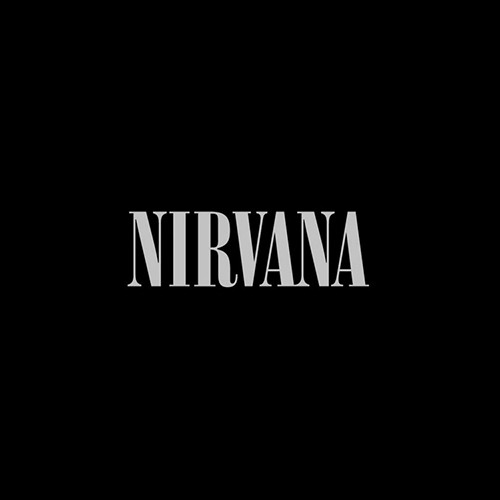 2002 Compilation Album Available on Vinyl for the First Time in North America!

Originally only available on CD in North America, Nirvana's eponymous 2002 compilation aka the Black Album is being issued domestically on vinyl for the very first time! The 14-track set features a selection of the band's more popular songs from their three studio albums ("Smells Like Teen Spirit," "Come As You Are," "In Bloom," "Heart Shaped Box," "Pennyroal Tea"), back-catalog favorites ("Been A Son," "Sliver"), two cuts from their MTV Unplugged sessions ("All Apologies," "The Man Who Sold The World") and the previously unreleased track "You Know You’re Right" which was recorded during Nirvana's final studio session and hit #1 on Billboard Mainstream Rock Chart and remained there for four consecutive weeks. Available here as a limited edition 200g 45rpm 2LP edition as well on standard 33rpm vinyl. Packaged in a furnace black gatefold sleeve with liner notes and a digital download card for 96kHz 24-bit HD audio.
Nirvana Nirvana Track Listing:
LP1
1.  You Know You're Right (Album Version)
2.  About A Girl (Album Version)
3.  Been A Son (EP Version)
4.  Sliver (Single Version)
5.  Smells Like Teen Spirit (Album Version)
6.  Come As You Are (Album Version)
7.  Lithium (Album Version)
LP2
1.  In Bloom (Album Version)
2.  Heart Shaped Box (Album Version)
3.  Pennyroyal Tea (Single Mix)
4.  Rape Me (Album Version)
5.  Dumb (Album Version)
6.  All Apologies (MTV Unplugged)
7.  The Man Who Sold The World (MTV Unplugged)
Related Videos
How We Pack Your Records At Music Direct
Customers Also Bought