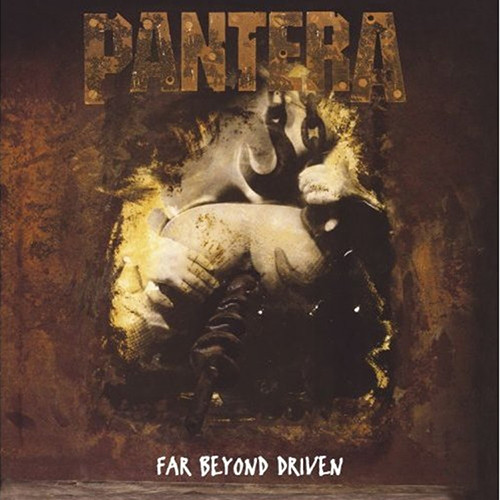 By the time Pantera released 1994's Far Beyond Driven, the quintet was the most popular metal band on the planet, and as did its engaging predecessor, Vulgar Display of Power, the album shot straight to the top of the Billboard charts. Amazingly enough, Far Beyond Driven features an even heavier and more extreme sound than on previous releases due to Dimebag Darrell's down-tuned and heavier sludgy guitar playing and singer Phil Anselmo's increasingly autobiographical lyrics. Highlights include "I'm Broken," "Becoming," "Shedding Skin," and "Slaughtered."

Having long commanded upwards of $100 for a vinyl copy on eBay and long out of print on LP, Warner Bros.' impeccable analog reissue of Far Beyond Driven is cut from the original analog masters and boasts extraordinary sonics that present the punchiness, definition, impact, and edges that have forever been absent on all prior editions. This pressing lays waste to the flat-sounding CD and will challenge the limits of any stereo system. Brilliant!

"As for the sonics? The improvements are tenfold. Songs are airier, punchier, and more immediate. The soundstage boasts deeper grooves and better instrumental separation, which adds to the overall musical impact as Pantera’s brief pauses serve to amplify and augment the aggressive passages. Vinnie Paul’s bruising percussion booms, the snare and bass drum coming across with muscularity and presence."
--Bob Gendron, TONE Audio, Issue 29