Price Now $19.99
Was $24.99
Was
Save $5.00 (20%)
Questions and Answers
Availability: In Stock
This item is in stock and ready to ship. Depending on the time of day when you place your order, it will ship same day or next business day. 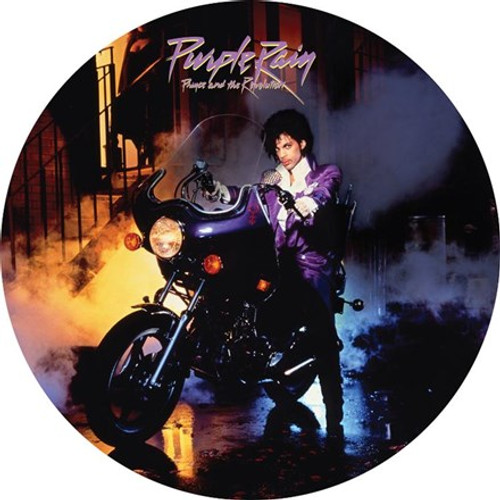 One of the defining releases of the '80s – along with Michael Jackson's Thriller and Bruce Springsteen's Born in the U.S.A. – Purple Rain (1984) elevated Prince from cult hero to superstar. The film, loosely based on Prince's life story, was set in Minneapolis and his real-life hangout, the First Avenue & 7th Street Entry Club. Prince wrote the treatment and played the lead role of The Kid. It included electrifying performances by Prince and the Revolution – his racially and sexually integrated band, which included guitarist Wendy Melvoin, keyboardists Matt Fink and Lisa Coleman, bassist Brown Mark and drummer Bobby Z.

In its initial run, the theatrical musical generated over $220 million worldwide at the box office against an estimated $7.2 million budget, while receiving the Academy Award for Best Original Song Score to go along with a pair of Grammys. It rained hits for a year straight: "When Doves Cry" (#1), "Let's Go Crazy" (#1), "Purple Rain" (#2), "I Would Die 4 U" (#8) and "Take Me With You" (#25). The DNA of Prince's 1984 masterpiece can be felt throughout pop culture at large to this very day. A timeless body of work with an immortal resonance, Purple Rain stands as one of the foremost high watermarks in an unparalleled career, changing the worlds of film and music simultaneously!