Price Now $44.99
Was
Was
Save $0.00 (0%)
This product is not eligible for further discounts.
Questions and Answers
Availability: In Stock
This item is in stock and ready to ship. Depending on the time of day when you place your order, it will ship same day or next business day. 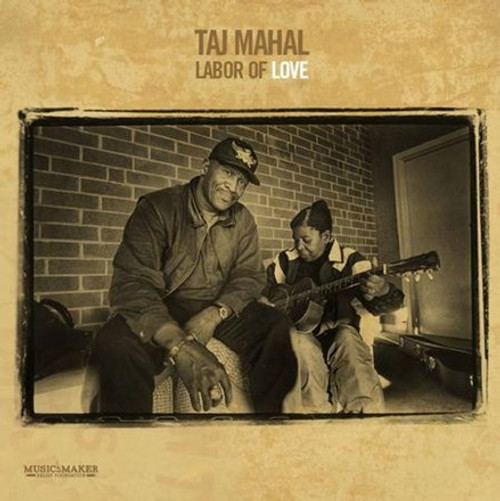 The vinyl-only release Labor of Love comprises previously unheard recordings made by Tim Duffy – founder of the Music Maker Relief Foundation – while on a performing tour headlined by Music Maker supporter and music legend Taj Mahal in the late-90s. Tim, sensing an incredibly rich opportunity, was hauling along with the tour, high-end recording gear hoping to capture an impromptu session.

One night in a Houston hotel room, magic happened. A few senior bluesmen, Tim, Taj and the daughter of Katie Mae, immortalized in the Lightin' Hopkins classic "Katie Mae Blues" hung out together. Taj picked up an acoustic guitar and started in on classic tunes – "Stack-O-Lee," "Walking Blues," and more. The tape was rolling. At this time Taj was also popping in on recording sessions at Music Maker's new NC headquarters in Hillsborough. When the music got going, Taj would play some piano, bass, harp, banjo, mandolin and whatever else was needed.

Comb through all the dozens of Taj Mahal albums released in the last few decades and you won't find a more intimate portrayal of his stripped-down traditional blues style, nor a better representation of Taj as a freewheeling, fun-loving, always in-the-pocket sideman. "When I listen to this," Duffy says. "It just shows how good the music really is. His version of ‘Shortin' Bread' with Neal Pattman is...just amazing. It's as good as anything that was on wax in the 20s and 30s."

And it is, precisely because you don't get any sense that Taj was trying to recreate some old record. He just sounds like he's having fun. The album might be a Labor of Love, but when the needle hits the grooves, what really comes across is the love: the love of the budding friendship between Taj and Tim; the love of the blues; the loving care that is the essence of real preservation; and, especially, the love of being in the moment, playing, creating a sound that gives you life.

These immortalized sessions have now been mastered from the original 44.1kHz/16-bit session recordings by Kevin Gray at Cohearant Audio and are being offered as a handsome Quality Records 180g 33rpm 2LP-set by Analogue Productions. The release comes complete with Stoughton Printing tip-on gatefold jacket packaging.