Equipment Phono Cartridges
Price Now $895.00
Was
Was
Save $0.00 (0%)
Questions and Answers
Availability: In Stock
This item is in stock and ready to ship. Depending on the time of day when you place your order, it will ship same day or next business day. 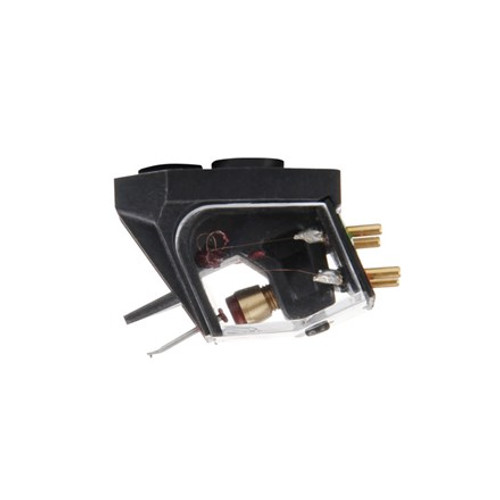 The Rega Ania is not your ordinary high-end MC phono cartridge. It represents the end-goal of an ambitious quest by a proudly British company with more than four decades of analog experience – namely, to create an entry-level MC cartridge stunningly close to the performance of its flagship Aphelion and Apheta 2 models. Available for less than half the cost of the latter, Ania benefits from Rega's complete overhaul of its cartridge-manufacturing facilities as well as the nearly 10 years it invested in developing Aphelion and Apheta 2. Hand-built in England with precision, reliability, and cutting-edge expertise, and offering musical playback defined by richness, elegance, effortlessness, and front-to-back dynamics, Ania changes what's possible in the world of sub-$1k phono cartridges.

Designed with the assistance of CAD technology, Ania features a body comprised of PPS-Forton – a sophisticated polymer-glass amalgam whose complex shape helps keeps strength high, mass low, and debilitating resonances to a minimum. The tie-wire-less Ania also boasts a floating iron cross generator, hand-wound to the cantilever's inner tip with ultra-high-purity copper wire. Ania's iron cross is actually half as small as that of the original Apheta and one of the lightest generators in the industry. Along with the powerful neodymium magnet, many of Ania's parts actually come straight from Apheta 2. An elliptical stylus and CAD-designed plastic case complete a musical instrument that invites you to see right into the heart of its performance – offering a clarity on par with the transparency of its sound. Involving, fun, and authoritative, Ania reminds us that it's a great time to be an analog lover.