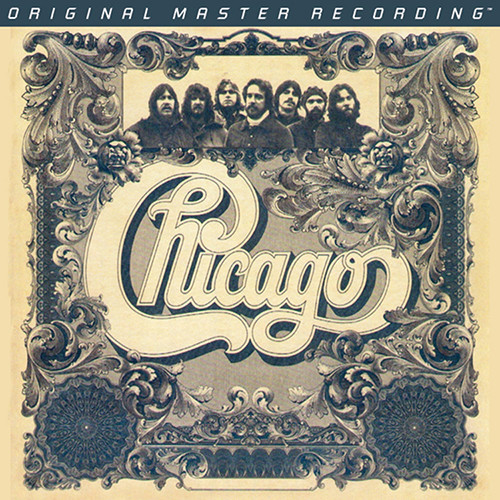 And the hits kept coming. Just several years removed from its pioneering debut and follow-up efforts, Chicago found itself in an environment where musical tastes had radically shifted. Slightly streamlining its approach and continuing to develop irresistible melodies, the band again proves that there’s nothing quite as powerful as first-rate songwriting and cohesive playing on Chicago VI. The multiplatinum effort ultimately spawned two Top Ten hits and positioned the group at the top of the mainstream pop-rock ladder.

Mastered from the original master tapes, Mobile Fidelity’s numbered-edition hybrid SACD lavishes Chicago VI with audiophile clarity, transparency, and detail. As the first album to be recorded at producer/manager James William Guercio’s custom-built Caribou Studios, the 1973 set features remarkable harmonic extension, terrific separation, and finely sculpted images. All of these facets and more are improved and further brought into balance on this SACD, which throws the septet’s phenomenal interplay and skyscraping vocals into unopposed relief on extra-deep soundstages.

Chicago VI can be viewed as a perfect summation of the band’s many strengths. While the extended arrangements are slimmed down, there’s no shortage of horn-stoked rock momentum or head-turning jazz/pop fusion. Guitarist Terry Kath, per usual, is a tremendous presence, spicing the funk-leaning “Jenny” with fretwork on par with that of Jimi Hendrix. Pianist Robert Lamm shows off by way of “Critic’s Choice,” a sardonic albeit delicately professional response to the group’s detractors. Country accents arise via Peter Cetera’s “In Terms of Two,” an acoustic tune underpinned by the band’s strong chemistry. Then there are the hits.

Tapping into the era’s pop aesthetic, “Feelin’ Stronger Every Day” remains a quintessential merger of Chicago’s more aggressive early sides and its later, softer approach. Cetera’s vocals soar, triggering within the listener sentiments associated with the bittersweet experiences of moving on from a relationship. Similarly diverse, “Just You ‘N’ Me” rides a trombone to the top of the charts, the group capitalizing on its insouciant mix of horns, harmonies, and crescendos.