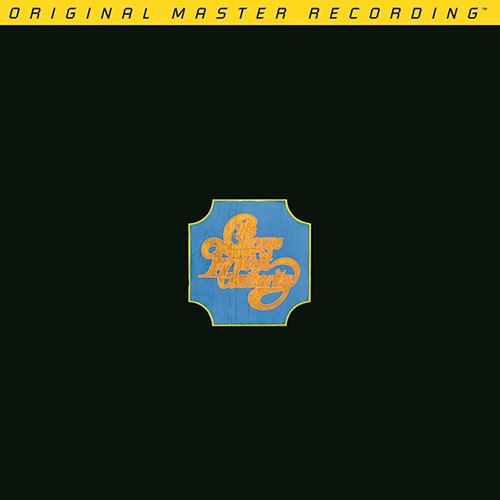 Chicago Transit Authority Features Groundbreaking Rock, Pop, and Jazz Fusion: 1969 Double Album Includes the Hits "Does Anybody Really Know What Time It Is?," "Beginnings," "Questions 67 and 68"

As the Sixties prepared to give way to the Seventies, myriad artists explored the idea of fusing together several seemingly disparate styles. Yet no band bridged so many gaps and did so with such precision, vision, and skill as Chicago. One of the only groups to ever release a debut filled with such ambition and enthusiasm that it got the go-ahead to make a double-album, the ensemble parlayed jazz, classical, rock, and pop elements into an eclectic blend that appealed equally to both mainstream tastes as well as hardcore music aficionados. The set also launched the ongoing career of the second-most commercially successful American rock band in history.

Mastered from the original master tapes, Mobile Fidelity’s hybrid SACD lavishes Chicago Transit Authority with a clarity, transparency, and detail no previous digital edition has ever enjoyed. Pulling back the curtain on the recordings, this collector’s version exponentially expands the soundstaging dimensions, imaging proportions, and dynamic information, allowing the songs to breathe and enjoy a roominess that enhances the stellar interplay and complex arrangements. Everything from tautly sculpted material such as "Listen" to the adventurous, free-form 14-plus-minute "Liberation" emerges anew, anchored by lifelike tonalities, full-range frequency responses, and stellar balances.

Featuring a virtuosic lineup that counted a trombonist, trumpeter, keyboardist, guitarist, drummer, bassist, woodwind expert, and several vocalists, Chicago peruses territory on its multiplatinum 1969 effort that remains singular in execution and delivery. Here, hard-driving rock gets paired with a similarly forceful power brass section that yields energetic aural cross-sections that marry loose improvisation and focused creativity like nothing heard before.

Chicago Transit Authority traverses both avant-garde approaches and pop techniques. Such pioneering methods earned the group three hits—"Does Anybody Really Know What Time It Is?," "I’m a Man," and "Questions 67 and 68." Breaking down borders, the unified jazz and R&B strains speak to compositional possibilities that initiated fusion’s entrance into the mainstream.

An entrenched sense of chemistry and cohesion is tethered to the landmark songwriting. Peter Cetera’s high tenor voice, Terry Kath’s trailblazing guitar, and the horn section’s colorful accents function as a whole, not independently of one another. Indeed, it’s this amalgamation of such unified playing and personality that comes across with unprecedented vibrancy on Mobile Fidelity’s hybrid SACD.