Price Now $60.00
Was
Was
Save $0.00 (0%)
This product is not eligible for further discounts.
Questions and Answers
Availability: In Stock
This item is in stock and ready to ship. Depending on the time of day when you place your order, it will ship same day or next business day. 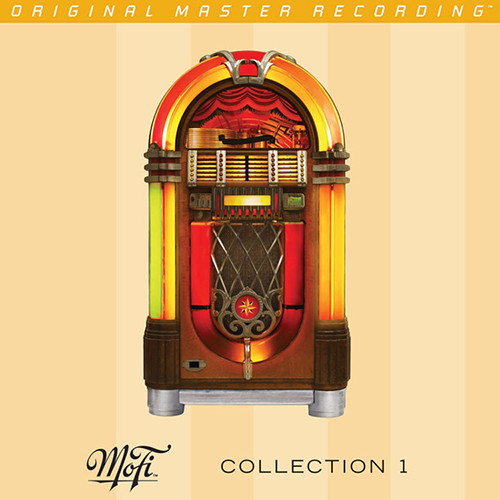 Transcendent Sonics That Show Off Your System: Volume Includes Some of Audiophile Label’s Finest-Sounding Work

Mobile Fidelity releases have long been renowned for transparent and transcendent sonics. Since its advent more than three decades ago, the label has set the standard for audiophile-grade sound quality—and continues to do so with definitive editions of the best records from history’s most legendary artists. For years, listeners have wondered what it would be like to experience some of the imprint’s best-sounding work on a compilation that shows off its trademark qualities, lifelike production, and uncompromising standards. Now, for the first time in the label’s history, Mobile Fidelity has made such a disc available to the public.

Spanning iconic music made over three different decades and mastered from the original master tapes, the Mobile Fidelity Gold Collection Volume 1 Gold CD is a state-of-the-art jukebox featuring pop, rock, vocal, folk, prog rock, new wave, and hard rock classics in supreme sound. Ideal for audiophiles as well as newcomers curious about Mobile Fidelity’s history and reputation, the nine-track compendium doubles as both an absorbing mix tape and demonstration disc. Like all Mobile Fidelity releases, it is an extremely collectable, numbered-edition title.

Showcasing Mobile Fidelity’s masterful way with presenting delicate vocalists, the collection includes Natalie Merchant’s poignant “River” (a heartfelt tribute to late actor River Phoenix) and Linda Ronstadt’s stirring cover of Neil Young’s “Like a Rose.” Both cuts tout lifelike immediacy, tremendous tonal balances, and realistic decay. Similarly, Marc Cohn’s Top Ten single “Walking In Memphis”—still played on hundreds of radio stations today—sends chills down the spine, with even the gauge of his acoustic guitar strings discernible from the mix. Pull up a chair and sit back in utter amazement.

A surfeit of other familiar, high-charting fare is included. Chicago’s soaring smash “You’re the Inspiration”—a favorite largely responsible for producer Humberto Garcia receiving a Grammy for Best Engineered Recording, Non-Classical—joins Curtis Mayfield’s upbeat anthem “Move On Up,” the Cars’ fun-loving “Shake It Up,” and Yes’ epic “Roundabout” as hits rendered with extraordinary detail and rich tonality.

Looking to reveal your system’s greatest strengths? Replete with music that will help your stereo come alive with realistic images, throw huge soundstages, and breathe with palpable air, Mobile Fidelity Gold Collection Volume 1 defines what the high end is all about: Engaging, masterful performances rendered in exquisite sound that brings you to the event and closer to your favorite artists.

Secure your numbered edition of this collectable from Music Direct today!