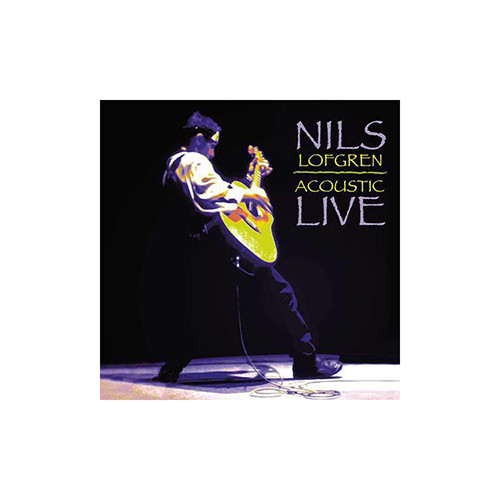 A true triple threat, Nils Lofgren has distinguished himself as the writer of melodic, affecting, and hard-rocking songs, a sensitive and seemingly ageless singer, and a guitarist of incomparable power and imagination. Along with his diverse work as a solo artist, Lofgren has been a member of Bruce Springsteen & The E Street Band for the past three decades and is a former member of Neil Young's Crazy Horse, working on such iconic recordings as After the Gold Rush and Tonight's the Night.

Originally issued in 1997, Acoustic Live is a classic January 1997 show recorded brilliantly by Ron Freeland at the Barns of Wolftrap in Vienna, Virginia. Nils is unplugged and in top form here performing alongside his brothers Tom, Michael and Mark Lofgren and Paul Bell. Featuring takes on many of his most beloved songs including "Black Books," "Keith Don't Go," "No Mercy" and "You," plus a few new cuts, the album has been cited frequently in tech mags for it's stellar sound quality and remains the artist's best selling release to date!