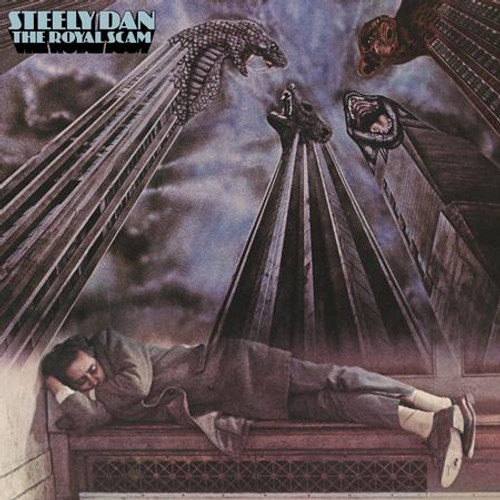 Home to the staples "Kid Charlemagne" and "The Fez," Steely Dan's gold-selling fifth studio album The Royal Scam, was produced by Gary Katz and originally issued by ABC Records in 1976. It featured more prominent guitar work than predecessor, Katy Lied, which had been the first sans founding guitarist Jeff Baxter. Guitarists on the recording include Becker, Denny Dias, Larry Carlton, Elliott Randall and Dean Parks. Rolling Stone described The Royal Scam as Steely Dan's "most atypical record, possessing neither obvious AM material nor seductive lyrical mysteriousness. It also contains some of their most accomplished and enjoyable music..."