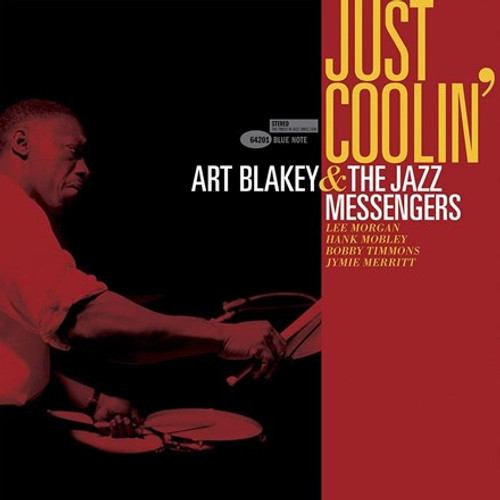 The session for Just Coolin' finds The Jazz Messengers' saxophone chair in transition. The band had last recorded in October 1958 when they cemented their place in jazz history with the classic album Moanin' featuring Benny Golson on tenor saxophone. By July 1959, Blakey had recruited tenor saxophonist Wayne Shorter who would remain a fixture of the band until 1964. The interim saw the return of Mobley, who was a charter member of The Jazz Messengers when the band first formed in 1954 and appeared on their debut recording The Jazz Messengers At The Café Bohemia in 1955. Mobley also filled an important role as the band's resident composer. In fact, three of the six tracks on Just Coolin' were written by Mobley: "Hipsippy Blues," "M&M," and "Just Coolin'."

However, five weeks after the studio session Blue Note founder and producer Alfred Lion decided to record the band again at the legendary club Birdland in New York City on April 15, 1959, capturing an assured live recording that included four of the six titles that had been recorded in March. The Birdland sessions ended up superseding the studio date when Lion instead released the two-volume live album Art Blakey & The Jazz Messengers At The Jazz Corner Of The World later that year.

"In 2020, it's great to find more Morgan, Mobley and Timmons in their prime," writes Bob Blumenthal in the liner notes for Just Coolin'. "The music had clearly settled in during the month that separated studio and live versions, but the fire of these six tracks has an appeal of its own." Now, 61 years later jazz fans all over the world will have the chance to listen for themselves!