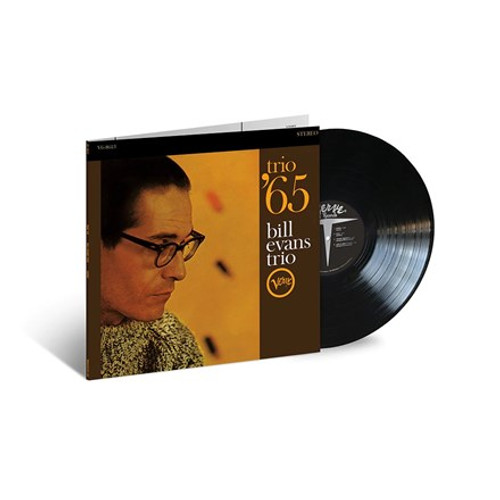 This 1965 Verve date from jazz luminary Bill Evans may feature eight numbers that were all previously recorded at one time or another, but this time around he's accompanied by bassist Chuck Israels and drummer Larry Bunker, who were members of his regular working trio at the time, and it makes a world of difference. Together they offer up definitive takes on half of the set including "Israel," "How My Heart Sings," "Who Can I Turn To," and "If You Could See Me Now," all captured seamlessly by producer Creed Taylor. This all-analog 180g vinyl LP reissue was mastered from the original analog tapes by Ryan K. Smith at Sterling Sound, pressed at QRP, and comes housed in a Stoughton tip-on gatefold jacket.