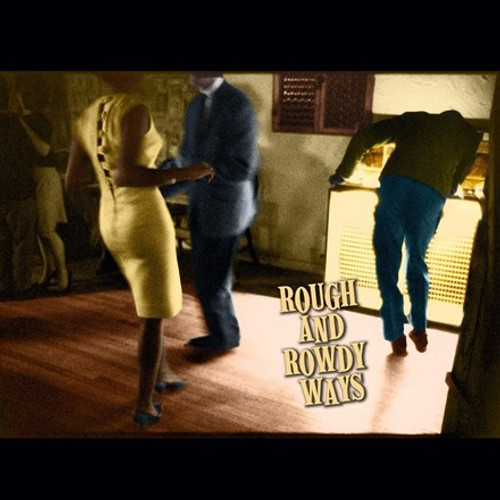 The Critics Have Spoken: Bob Dylan's First Album of Original Material Since 2012, Rough and Rowdy Ways, Is a Masterpiece of Storytelling and Music; Available on 180g Vinyl 2LP

Internationally acclaimed and the highest-charting global success of Bob Dylan's unparalleled career, Rough and Rowdy Ways is the singer-songwriter's first album of original material in eight years and first since becoming the only songwriter to receive the Nobel Prize for Literature, in 2016. Its 10 tracks include the three new songs released in the spring of 2020: the album's lead-off track, "I Contain Multitudes," the nearly 17-minute epic "Murder Most Foul" and "False Prophet." "Murder Most Foul" became Dylan's first and only No. 1 Billboard chart hit. Dylan is joined on the widely acclaimed recording by Charlie Sexton (guitar), Bob Britt (guitar), Donnie Herron (steel guitar, violin & accordian), Tony Garner (bass) and Matt Chamberlain (drums).

"Full of bleak and brooding rhythm and blues, Rough and Rowdy Ways reveals Dylan at his lyrical best."
★★★★★ – The Guardian

"An eternal voice of genius tailored for our changing times."
★★★★★ – The Daily Telegraph

"More evidence of the vast scope of his artistic vision."
★★★★★ – Mojo

"Dylan is exploring terrain nobody else has reached before – yet he just keeps pushing on into the future."
4.5/5 – Rolling Stone