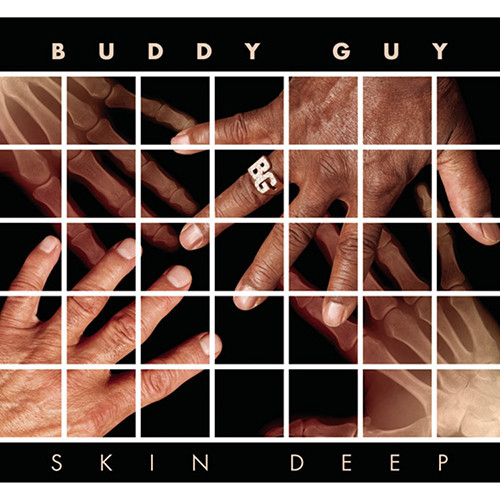 Elaborating on his inspiration for the album title and song Skin Deep, Guy touches upon a powerful series of personal memories and observations on the ways in which we’re all the same underneath it all.  “I used to play with this boy, ride horses, down close to where I was born,” he says. “Then when we were 13, his parents made us stop. They used to say you had black blood or white blood, but we’d get a flashlight and hold it up to our skin and we’d just see red blood. That’s what I mean by 'Skin Deep.'

In a career spanning more than 45 years, Buddy Guy continues to add to his ever-growing legacy. At the age of 72, he graced the cover of Rolling Stone, as part of the magazine’s recent '100 Greatest Guitar Songs' issue (his cataclysmic 1961 recording of “Stone Crazy” made the list) and he also turned in a show-stopping performance in Martin Scorsese’s Rolling Stones concert film, Shine A Light.  Guy has won five Grammy Awards, 23 W.C. Handy 'wards (the most any one blues artist has received), a Congressional Medal of Arts and Billboard Magazine's prestigious The Century Award for 'distinguished artistic achievement.” In 2005 Buddy Guy was inducted into the Rock & Roll Hall of Fame by friends Eric Clapton and B.B. King.