Price Now $22.99
Was $27.99
Was
Save $5.00 (18%)
Questions and Answers
Availability: In Stock
This item is in stock and ready to ship. Depending on the time of day when you place your order, it will ship same day or next business day. 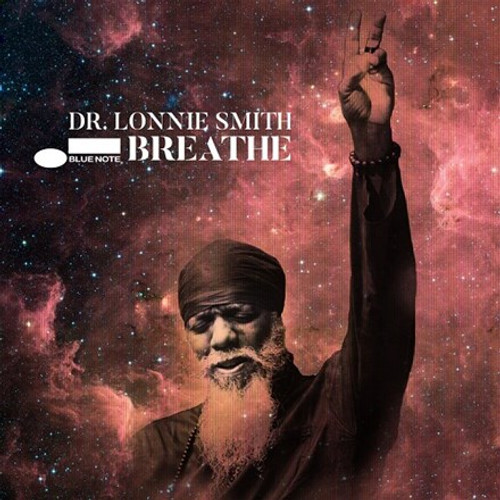 Be alerted when Dr. Lonnie Smith - Breathe (Vinyl 2LP) is back in stock

Recorded Live in 2017 at the Jazz Standard in NYC During 75th Birthday Run and Bookended with Two Unique Studio Collaborations with Iggy Pop!

Breathe captures the Hammond B-3 organ legend Dr. Lonnie Smith during his 75th birthday run at the Jazz Standard in NYC in 2017, the same week he recorded his acclaimed trio album All In My Mind. On this night the good doctor took the stage with an expanded line-up featuring Jonathan Kreisberg on guitar, Johnathan Blake on drums, John Ellis on tenor saxophone, Jason Marshall on baritone saxophone, Sean Jones on trumpet, and Robin Eubanks on trombone. Two additional studio tracks that open and close the album present the unique collaboration between Doc and Iggy Pop including a sublime cover of Donovan's 1966 hit "Sunshine Superman."

Breathe is Smith's third Blue Note album since his 2016 return to the label where he made a name for himself in the late '60s, first as a sideman with saxophonist Lou Donaldson on soul jazz classics like Alligator Bogaloo, and soon after as a leader with his own classics such as Think! and Turning Point. His last three albums have all been produced by Blue Note president Don Was.

"Don has been hands on, there all the time," Lonnie says. "He believes in you. I've worked with producers who don't understand the musicians they're working with. But Don, he wants me to be myself, to understand what I like to do. It's a reminder of the old days when Frank Wolff used to be the same. Blue Note is like family. It's like I never left. Everybody is great to work with. They give me the opportunity to play my life, to tell my story."