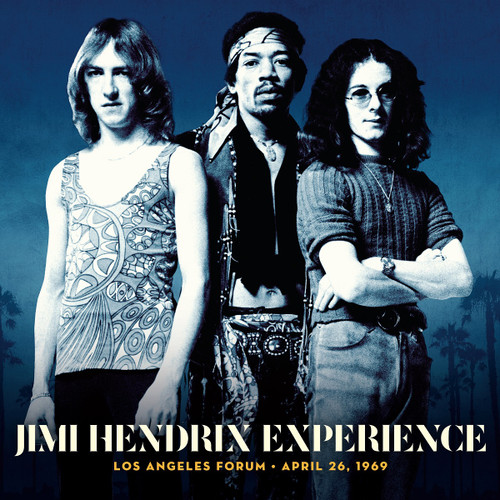 Be alerted when Jimi Hendrix Experience - Live at the L.A. Forum (Vinyl 2LP) is back in stock

Live At The L.A. Forum presents an extraordinary April 1969 performance by the Jimi Hendrix Experience. Before a raucous, sold-out house, Hendrix, drummer Mitch Mitchell and bassist Noel Redding tore through a unique set featuring highlights such as "I Don't Live Today," "Purple Haze," "Red House,"and an astonishing medley of "Voodoo Child (Slight Return)" and Cream's "Sunshine Of Your Love".

This pristine recording, newly mixed by Hendrix's longtime engineer Eddie Kramer directly from the original eight-track master tapes, captures the original Jimi Hendrix Experience in their unrivaled, peak form. A portion of this performance was previously included as part of a short-lived Westwood One radio documentary box set [Lifelines 1990-1992] but has been unavailable in any form for two decades and this marks the first time ever that it will be available on vinyl.