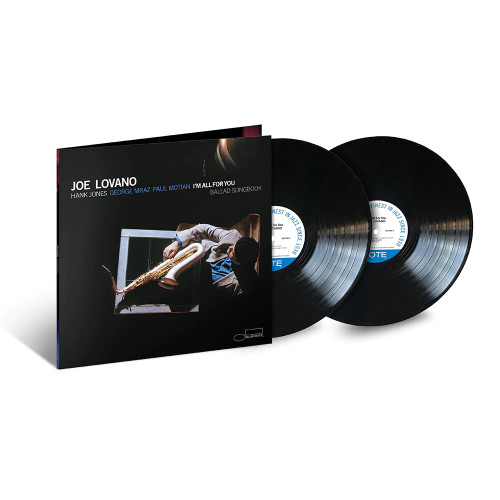 Be alerted when Joe Lovano - I’m All For You: Blue Note Classic Vinyl (180g Vinyl 2LP) is back in stock

Saxophonist Joe Lovano signed with Blue Note Records in 1990 and over the next 25 years became one of the most recorded artists in the label's history, building a formidable catalog that explored the full breadth of his artistry. Lovano's sublime 2003 album I'm All For You: Ballad Songbook stands as one of his finest efforts, a stunning collection that found the saxophonist wrapping his warm sound around nine timeless melodies including "Stella By Starlight," "I Waited For You," "Like Someone In Love," "Monk's Mood," and the ravishing title track based on the changes for "Body and Soul." This elegant and endlessly listenable set also introduced Lovano's marvelous Classic Quartet with the legendary pianist Hank Jones, bassist George Mraz, and drummer Paul Motian, who would go on to record the equally enjoyable follow-up Joyous Encounter the next year.