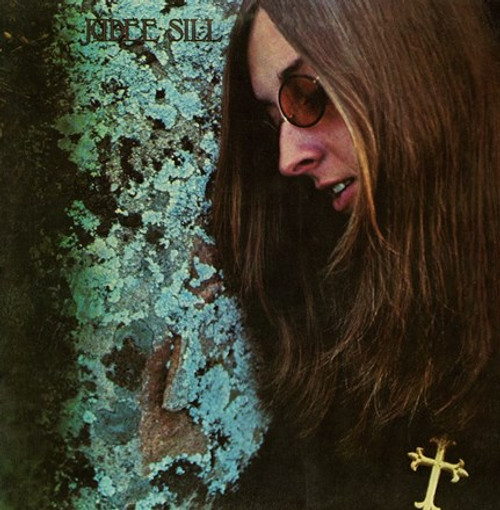 The astonishing Judee Sill was the first artist signed to David Geffen's Asylum Records, and her eponymous 1971 debut was the label's first ever album. Sill's music is intensely spiritual, redolent of both mysticism and divine imagery, yet grounded by great songwriting and a pure but powerful singing talent. Her songs impart incredible intimacy that is enhanced and not diminished by her sometimes complex string/orchestral arrangements (remarkably Sill arranged and conducted the strings/orchestra on both of her albums herself!).

Sill's life was tragic both personally and professionally. Her father and brother were killed when Sill was young, and her tempestuous relationship with her alcoholic (and remarried) mother resulted in her leaving home at 15. She soon began to commit robberies and fell into a life of drug abuse. When stardom didn't follow the critical acclaim of her first two albums her career never recovered. Sill was dead in 1979 at just 35. However, the brevity of Judee's musical legacy is vastly outweighed by the emotional power in the two extraordinary albums she left behind.

Judee Sill was AAA mastered directly from the original analog master tapes by Kevin Gray at Cohearent Audio. The master tapes are in fine shape, and listeners will be blown away by the increased inner detail and three-dimensionality of these achingly gorgeous recordings. This new Intervention reissue represents THE definitive listening experience for this classic LP!

“When you look at who was involved in producing, arranging, recording, and releasing this album it was a 100% ‘can't miss.’ That's part of the cult of Judee Sill. By the way, originals regularly go for more than the cost of this Intervention reissue and they do not sound as good.”
—Michael Fremer, Analog Planet