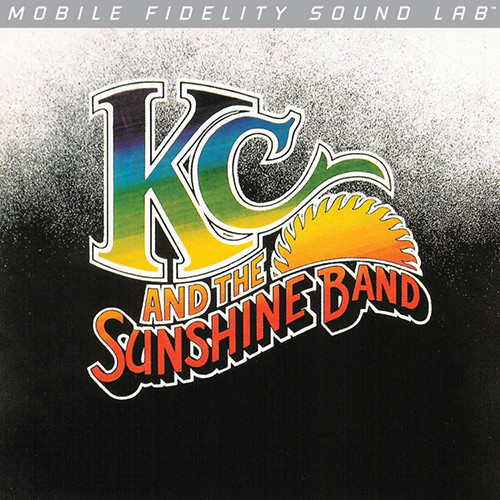 Mastered on Mobile Fidelity’s World-Renowned Mastering System and Pressed at RTI: Wait Until You Hear How Deep and Low the Grooves Go

It’s okay to admit it. While few openly confess their love for KC and the Sunshine Band, who among us doesn’t light up the instant that the super-catchy “Get Down Tonight” or giddy sing-a-long invitation “That’s the Way (I Like It)” begins to play? Yeah, just by reading that last sentence, it’s likely you’re already humming the tune in your head, or feeling a twitch in your feet. The music is that addictive. And that universally recognized. It’s time you finally enjoy it on a pressing that brings everything that’s been buried in those deep grooves to the surface.

Mastered on Mobile Fidelity’s world-renowned mastering system and pressed at RTI, Silver Label numbered-edition LP presents the 1975 triple-platinum smash in the absolute best sound it’s ever had. The ensemble’s brassy horns, funky guitars, tropical percussion, and snappy vocals take their respective place amidst a gargantuan soundstage that, in your listening room, will double as a discothèque. Get your dancing shoes ready!

Coming from a musical strain then known as the Miami Sound, KC and the Sunshine Band perfected its mix of boisterous rhythms, disco-floor grooves, slick funk riffs, R&B hooks, carefree choruses, and dance commands on this self-titled release. The world immediately took notice. Focused on nothing but fun, letting go, and channeling feel-good emotions, the group revolutionized pop music by getting even the most hardened, resistant rock purists to embrace its appeal.

There isn’t a better record with which to start or continue a party. Synonymous with celebrations, commemorations, and just blowing off steam, mega-hits “That’s the Way (I Like It)” and “Get Down Tonight” transcend boundaries and generations. If you’re within earshot, you will get up and dance.  In addition to being utterly irresistible songs, guilty pleasure or not, the fare on KC and the Sunshine Band qualifies as simply great pop, the arrangements, playing, and consistency as good as it gets. As for the grooves? Man, keep ‘em flowing.

Rather than live in secrecy or settle for an inferior version, go ahead, indulge yourself, and grab this 70s classic on remastered, audiophile-grade vinyl. You’ll be surprised at the amount of new information that’s revealed, whether it’s the depth of the low frequencies or timbral properties of the horns.

So come on, get down, and turn it up!

"Heavy with funk riffs and analog synth fills, KC and the Sunshine Band finally has some solid bass response…Given the additional bass energy, nearly all of the grunge present on the original is gone, leaving behind some serious dynamic range. The original is so heavily compressed for radio play that it doesn’t have more than a couple of dB total. The end result moves to the top of my audiophile pressing guilty pleasure list. You know you want it too."
--Jeff Dorgay, TONE Audio, May 25, 2011