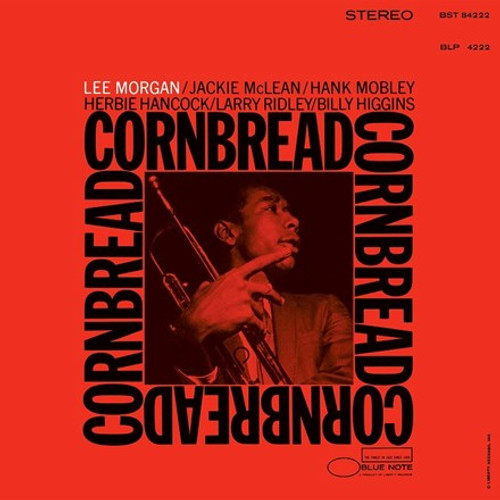 A rock-solid sextet session from the mighty Lee Morgan - recorded for Blue Note at the height of his mid-60s powers, and carried off in a beautiful blend of soul jazz and some slight modern touches. The group here is top-shelf all the way through - Jackie McLean on alto, Hank Mobley on tenor, Herbie Hancock on piano, Larry Ridley on bass, and Billy Higgins on drums - the last two of whom do a great job of bringing some complex yet swinging rhythms to the set. The horn soloists are all as sharp as you might expect - and the album's a striking soulful date from McLean at a time when he was mostly going out a bit more. Titles include the funky "Cornbread," the searching "Our Man Higgins," and the lyrical ballad "Ceora" - plus "Most Like Lee" and "Ill Wind."

"The LPs are mastered directly from the original analog master tapes by Kevin at his incredible facility called Cohearent Mastering. We go about it in the exact same way that we did for so many years for the Music Matters Blue Note reissues. We do not roll off the low end, boost the top or do any limiting of any kind. We allow the full glory of the original Blue Note masters to come though unimpeded! Short of having an actual time machine, this is as close as you can get to going back and being a fly on the wall for an original Blue Note recording session."
– Joe Harley