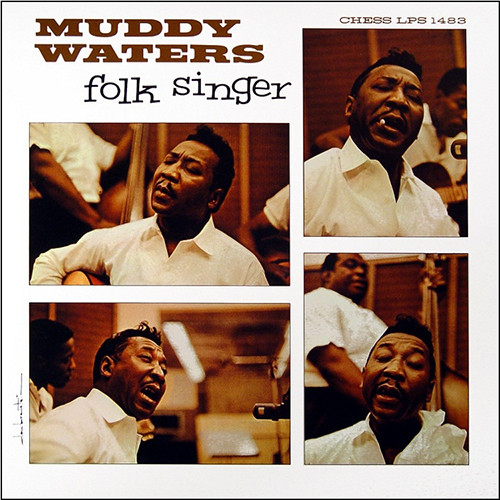 Now at 33 1/3 RPM!
Mastered by Bernie Grundman from the Original 1964 Chess Analog Masters / Pressed at Quality Record Pressings
Muddy Waters' legendary 1964 Chess release Folk Singer is hands-down the most deliberated 'true audiophile' blues recording in existence. With outstanding support from Buddy Guy on second guitar, Willie Dixon at the upright bass, and contributions from veteran drummer Clifton James, its first rate reputation is not surprising in the least, and the fact that Folk Singer stands as Waters' only acoustic album just adds to its significance in the blues canon.
Ranked #280 by Rolling Stone on its 500 Greatest Albums of All Time, Folk Singer is not just a great blues album but an audiophile standard, arguably the only "classic" blues record to achieve such a prestigious distinction. Mastered by Bernie Grundman from the original 1964 Chess analog masters and pressed on 33 1/3 rpm 180g vinyl LP, this intimate and dynamic Chicago blues affair is an absolute crown jewel, as worthy of multiple configurations as any record out there!
Praise for Analogue Productions' 45 RPM edition of Folk Singer:
"The Quality Record Pressing is drop-dead quiet-as silent as the best Japanese pressings from the late 1970s - and the amount of inner detail released is simply astonishing...the sound is sweet, liquid and free of harshness and edge. The dynamics are mind-boggling." Music = 9/10, Sound = 10/10! - Michael Fremer, musicangle.com.
"It's been ages since I've heard LP surfaces this quiet - as in dead quiet. The expense and effort that Chad Kassem and company put into this venture are immediately obvious...It's by far the best sounding and most engaging version yet...analog lovers will be in hog heaven." - Wayne Garcia, The Absolute Sound, May/June, Issue 223
Musicians:
Muddy Waters (vocals, guitar)
Buddy Guy (guitar)
Willie Dixon (bass)
Clifton James (drums)
Features:
• 33 1/3 RPM 180g vinyl pressing from Analogue Productions
• Mastered by Bernie Grundman from the original 1964 Chess analog masters
• Pressed at Quality Record Pressings
• Gatefold jacket with extra photos
1. My Home Is in the Delta
2. Long Distance Call
3. My Captain
4. Good Morning Little School Girl
5. You're Gonna Need My Help
6. Cold Weather Blues
7. Big Leg Woman
8. Country Boy
9. Feel Like Going Home