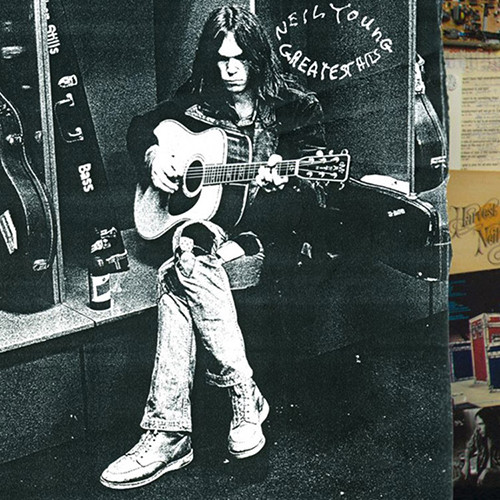 Mastered from the Two-Channel Master Tapes and Pressed at Pallas in Germany: Warner Bros. Version of Neil Young's Greatest Hits Among the Best-Sounding LPs Ever Made!

The best just got a lot better. Impossible as it may seem, Neil Young's flawless Greatest Hits, a staggering, career-spanning compendium that includes the singular artist's 16 most popular songs, has been magnificently improved by Warner Bros. and Reprise, which remastered the songs from the original analog master tapes and pressed the vinyl at Pallas in Germany. The results are absolutely jaw-dropping. While the previous pressing on Classic (now out of print) sounded spectacular, this version sounds positively brilliant. The same care, supervision, direction, and discerning judgment used on the analog reissues of Young's first four studio albums (Neil Young, Everybody Knows This Is Nowhere, After the Gold Rush, Harvest) have been applied here.

Originally recorded on analog multi-track magnetic tape in formats ranging from one-inch eight-track to two-inch 24 track, the master tapes to the first 14 songs on this collection were mixed to 1/4-inch stereo two-channel at 15 IPS. Upon their initial release, these very tapes were among those assembled onto two sequenced LP master reels used to cut the metal lacquers from which two sides of the original full-length LPs were pressed. These exact same two-channel masters were used on this pressing, making for as accurate, truthful, intimate, and detailed an extraction of the original audio signal as possible.

Ordered chronologically, the songs stretch from 1969 through 1992, and depict Young in nearly all of his musical personas. He's the courageous garage-rock hero, feedback-obsessed drifter, sensitive country-rock singer, reflective harmonizer, longing piano man, enraged protester, socially conscious folkie, and no-holds-barred revolutionary. Every one of the 16 tunes resonates with an inimitable emotion, truth, passion, grace, and personality. They represent, in every sense, who Neil Young is as a person, artist, and citizen. And they comprise the fabric of our musical landscape.

Don't miss out on the chance to experience one of the most important, relevant, and visionary artists in a fidelity that will leave you wowed. In addition, this phenomenal pressing comes with a bonus 7" that features Young's first single on Reprise, "The Loner," backed with an early live performance of the classic "Sugar Mountain."