Price Now $94.99
Was
Was
Save $0.00 (0%)
This product is not eligible for further discounts.
Questions and Answers
Availability: In Stock
This item is in stock and ready to ship. Depending on the time of day when you place your order, it will ship same day or next business day. 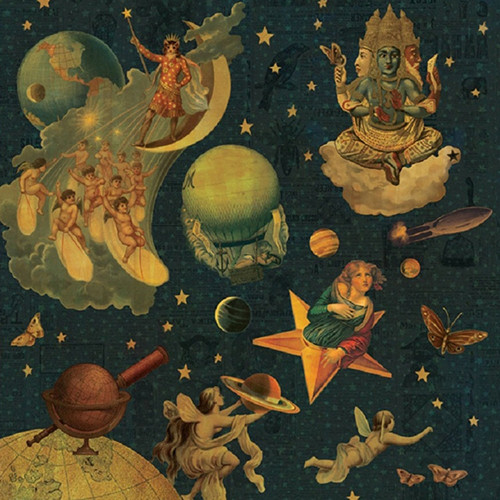 Originally released in October of 1995, Mellon Collie and the Infinite Sadness debuted at #1 on the Billboard 200 chart and went on to a nine time platinum certification by the RIAA. It yielded major hits like "Bullet With Butterfly Wings," the band's unlikely first Top 40 hit, the exquisite "1979" and the epic "Tonight, Tonight" as well as a thoroughly inspired series of videos.

Produced by Billy Corgan, Flood and Alan Moulder, the album would also earn a Grammy Award (1996 Best Hard Rock Performance for "Bullet With Butterfly Wings") as well as seven nominations. Beyond the more obvious hits, though, Mellon Collie is a song cycle of unusual depth and considerable range. It is a collection of stunningly beautiful moments when everything is lined up, a moment in time that's still here to be treasured.

EMI is doing just that by reissuing the album here across 4 x 180g LPs, remastered from the original analog masters for optimum sound quality for the first time and housed in a 12" x 12" rigid slipcase with 2 books containing personal notes, new collage artwork, lyrics and more. This reissue project was personally overseen by founding member Billy Corgan.

"What strikes me now about Mellon Collie is that we were coming off of making Siamese Dream with Butch Vig which was a very idealized statement," Corgan tells writer David Wild in the liner notes. "Siamese Dream was very successful and very much at the forefront of how records are made now with a strong perfectionist streak. Yet coming off of that success, we went completely in the opposite direction working with Flood and Alan Moulder. We headed into a much darker, funkier and more visceral terrain. Revisiting Mellon Collie for this edition, that's what struck me, that we made this kind of dramatic 'about face"'at a time when most people would have made an even more expensive idealized statement. We went deep, and we went for something expansive sounding, not just expensive sounding."

The decision to work with the respected British producer and audio engineer Flood aka Mark Ellis and his longtime collaborator Alan Moulder was a significant one for the Pumpkins. The group had admired Flood's work with artists from U2 to Nine Inch Nails and Depeche Mode. "I loved Butch Vig very much then, and I still do," Corgan explains. "The decision to switch things up was based on the sense that there was some whole other thing that could be gotten to by us, but that a more radical approach was going to be necessary to get to it. We knew we wanted to continue our evolving consciousness, but we were not quite sure how to do it."

The Smashing Pumpkins have created one of the most acclaimed bodies of work in musical history with more than 30 million albums sold and multiple Grammy Award wins. Formed in Chicago in 1988, they released Gish, their influential and platinum debut in 1991, which was followed by the four-time platinum Siamese Dream and the nine time platinum Mellon Collie and the Infinite Sadness, as well as the platinum certified 1998 album Adore. The pivotal group's many hits defined the alternative music era and continue to resonate on modern rock radio, influencing a whole new generation!