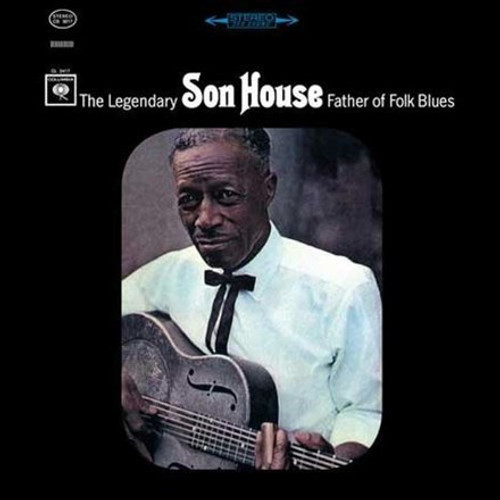 Mississippi's Son House was already legendary for a small collection of live field recordings made by folklorist Alan Lomax in 1941 and 1942, and for having taught some important licks to both Robert Johnson and Muddy Waters, before he was rediscovered by a new generation of college-age fans after many years of musical dormancy in 1964. The "Father of the Delta Blues" recorded this namesake LP for Columbia Records a year later in 1965.

The historic songs have become, in the words of Living Blues magazine – "Essential recordings by one of the greatest bluesmen ever." The John Hammond produced 9-song set is comprised of eight Son House originals including the 9-minute plus closing track "Levee Camp Moan" along with the lone traditional "John the Revelator." Also includes contributions from guitarist/harmonica player and Canned Heat founding member Al Wilson who actually helped Son House relearn his material for the sessions!

And now, Analogue Productions presents a reissue unmatched in sonic quality and luxury presentation. AP turned to Ryan Smith at Sterling Sound to remaster the legendary recording from the original master tapes. The freshly cut lacquers were then plated and pressed on 200g 45RPM double vinyl with the bonus track ("Motherless Children") by Quality Record Pressings and packaged in a heavyweight glossy tip-on jacket by Stoughton Printing.