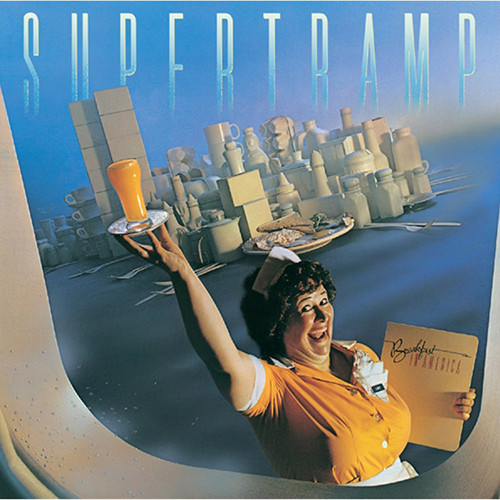 Supertramp Breakfast In America on 180g LP from Universal Records

Supertramp's breakthrough sixth album Breakfast in America was originally released on A&M Records in 1979 and it's both the band's most creative as well as their most successful. Selling upwards of 20 million copies to date, the blockbuster 10-song set produced four hit singles with "The Logical Song," "Goodbye Stranger," "Take the Long Way Home" and "Breakfast in America."
"Breakfast in America is a textbook-perfect album of post-Beatles, keyboard-centered English art rock that strikes the shrewdest possible balance between quasi-symphonic classicism and rock & roll. Whereas Supertramp's earlier LPs were bogged down by swatches of meandering, Genesis-like esoterica, the songs here are extraordinarily melodic and concisely structured, reflecting these musicians' saturation in American pop since their move to Los Angeles in 1977." - Stephen Holden, Rolling Stone