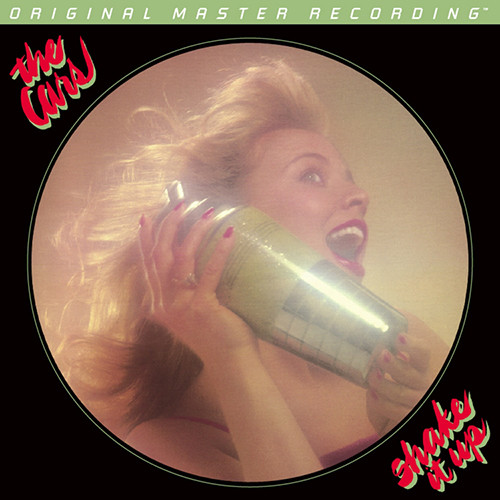 1981 Album a Return to Pop and a New-Wave Landmark

A return to form after the departure that was 1980’s muddled Panorama, the Cars’ Shake It Up bursts forth with a rich assembly of synthesizers, drum machines, electronic blips, and catchy melodies that make it an early 80s pop staple. Known the world over, the famous title track proves the band’s arrangement skills were in perfect shape and set the stage for a record overflowing with memorable hooks and complementary rock riffs.

Shake It Up also plays witness to primary songwriter/vocalist Ric Ocasek’s increased cynicism and biting wit. While the Cars never took a rosy-eyed view of romance, the songs here impart a newfound sense of sympathy, regret, limbo, and reservation. The beauty of the Cars—and all ten tunes here—is that the music suggests something else entirely. Such subliminal emotions and dynamic contrasts act as a magnet, and the band plays as if it’s in on the secret.

“They've always cultivated a dark side--girls make boys want to end it all even after the boys have grown up. They've always basked in the shadow of Roxy Music, too. But they've never been so stylishly nightmarish--except for the title cut, even the fast ones don't aim for fun.”
–Robert Christgau, The Consumer Guide

Apart from the party vibe of the title cut, the Cars aim for deeper targets and smarter undertones. Shake It Up is defined by an urban edginess and modern feel that comes alive on tunes such as “Cruiser” and circular “I’m Not the One,” a pop gem laded with stacked vocals and keyboard lines that double as a horn section. The band’s arrangements have never been better—or more involved. Absent the cheesiness that would mar the group’s late-period work, the songs ride on the strength of keyboard-heavy lines and layered harmonies. You will not be disappointed.

Mastered from the original analog tapes, Mobile Fidelity’s numbered-edition LP focuses on the myriad pitch changes that control the musical directions. Recorded at the band’s Synchro Sound studios by famed Queen producer Roy Thomas Baker, the album takes advantage of electronic textures and varying timbres in immersing the listener in accessible albeit abstract washes of sound. MoFi’s engineers made sure to capture every note and nuance; this marks the first time that Shake It Up has been remastered in any way, let alone from the original tapes.

The Cars Shake It Up Track Listing: