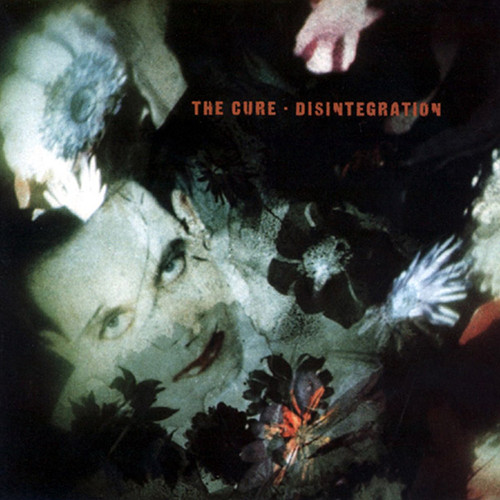 The Cure Disintegration on 180g 2LP Set from Rhino

The Cure evolved into one of the most visionary, creatively satisfying and influential groups to come of age in the 1980s. From dreamy pop to moody expressionism, the group's signature sound is adventurous, hypnotic, emotionally deep, and beautifully melodic.

Originally released in 1989, Disintegration is the band's highest selling record to date thanks to the hit singles "Lovesong," "Pictures Of You," and "Lullaby." Now, you can re-experience the groundbreaking band’s masterpiece, remastered to sound better than ever! Also includes complete lyrics and previously unreleased photos. Be prepared to get lost in a sea of sound and emotion.

"It's a single, grand, dense, continual, epic trip into core stuff the Cure did well. They'd always been good at this kind of album, too. If Kiss Me is a crowded, teeming city to explore, listening to Disintegration is more like standing in the middle of some vast, empty space-- the kind of ocean or plain where you can see the horizon in all directions."
--Nitsuh Abebe, Pitchfork, June 10, 2010 "Best New Reissues"