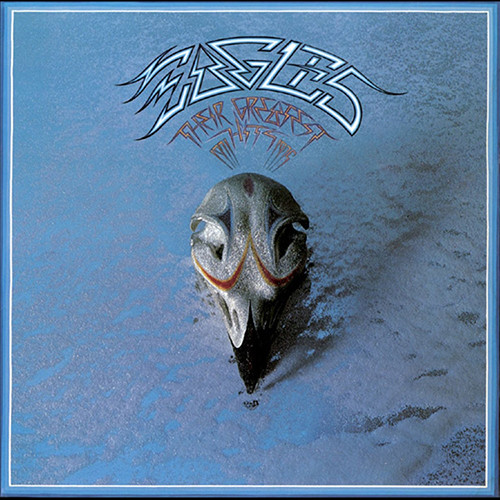 Mastered from the Original Master Tapes and Cut by Doug Sax at The Mastering Lab: These Ubiquitous Classics Have Never Sounded Better

Pressed at RTI: 180g LP is Audiophile-Quality in Every Conceivable Way - Including a Fully-Embossed Jacket

Sales aren't always a testament to greatness. But in the case of the Eagles' Their Greatest Hits 1971-1975, there's no denying the power of the truly astonishing numbers. Having already sold more than 29 million copies since its original 1976 release, this unsurpassed and timeless collection transcends listening tastes, popular trends, genre boundaries, generations, and any conceivable debates. Elvis once released a record titled 50,000,000 Elvis Fans Can't Be Wrong. The same logic applies here. Especially when you know every one of the ten songs on this scintillating set by heart.

Featuring nine singles and the then-B-side "Desperado," Their Greatest Hits counts eight Top 40 singles, five of which landed in the Top Ten. Glenn Frey, Don Henley, Bernie Leadon, Randy Meisner, and company combine to play the most familiar and blueprint-establishing country-rock on record, with every cut instantly summoning up unforgettable melodies and everlasting riffs. Indeed, the Eagles' tight harmonies, smooth lead vocals, and masterful musicianship enable Their Greatest Hits to play like a veritable jukebox. The best greatest-hits set ever? Quite possibly.

And now, it all sounds heavenly, thanks to pristine mastering from the original master tapes and vinyl pressing at RTI. One of Warner Bros.' strongest analog efforts, this is a must-have LP that any audiophile or music lover needs in their collection. Blockbusters don't come any bigger, or better.