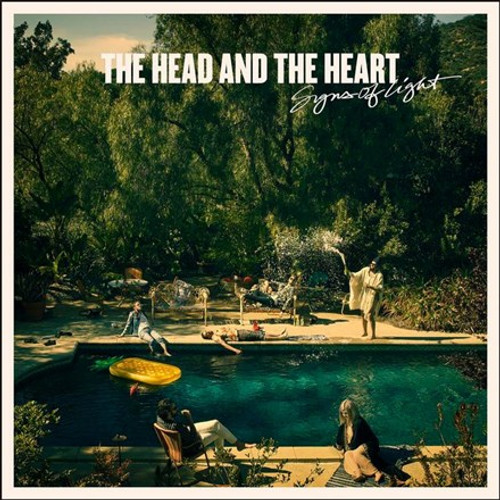 When the Head And The Heart regrouped in the summer of 2015 in Stinson Beach, CA, to start writing together again, "it almost felt like we were a new band, trying things we hadn't tried," bassist Chris Zasche recalls. That renewed sense of purpose can be felt throughout Signs Of Light, the group's first release for Warner Bros. Records.

Recorded in Nashville with producer Jay Joyce (Eric Church, Cage The Elephant), Signs Of Light crackles with the upbeat, sing-a-long energy of the Head And The Heart's finest work. Lead single "All We Ever Knew," which was written during the Let's Be Still-era but never captured to the band's satisfaction until now, is sure to be a crowd-pleaser, while "Turn It Around" seems primed to be a future concert staple, matching its inspirational message with a lush and multi-layered soundscape.

Throughout, the colors are brighter, the electric guitars are louder and the musical touchstones more universal. The propulsive, smile-inducing ode to Los Angeles "City Of Angels" and the head-nodding "Rhythm & Blues" nod to classic Fleetwood Mac, while the organ-flecked "Dreamer" is a timeless-sounding ballad that could have been beamed straight out of an old jukebox.

Elsewhere, vocalist/multi-instrumentalist Charity Rose Thielen's "Library Magic" could almost be seen as a letter to the other five members, acknowledging the ups-and-downs of life in a successful band while celebrating the unique and constantly evolving bond between them. And the gamut of emotions the band is known for is felt most deeply on the Josiah Johnson-penned title track.