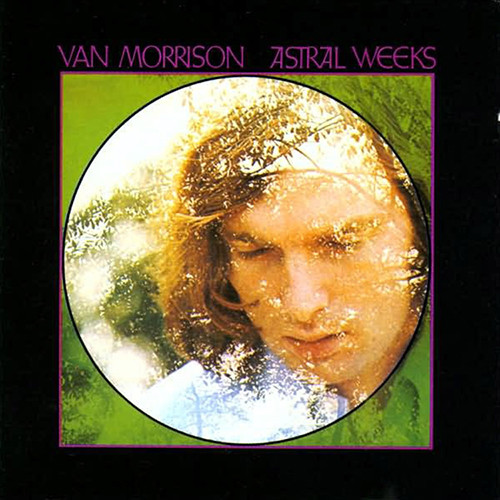 Remastered from the Original Analog Tapes by Kevin Gray and Pressed at RTI for Absolute Audiophile Quality: This Vinyl Pressing of Van Morrison's Astral Weeks Will Beat Any Other You've Heard

Van Morrison not only creates revelatory music on Astral Weeks, he constructs a secret world. A beautifully personal set of surrealist folk-rock bathed in jazzy nuances, emotional vocals, and poetic license, the psychedelic-tinted 1968 album is an invitation to a one-of-a-kind atmospheric paradise. The haunting, deeply personal collection of impressionistic folk styled epics was recorded with an all-star jazz backing that includes bassist Richard Davis and drummer Connie May. Mastered from the original analog tapes by Kevin Gray and pressed at RTI, this extraordinary audiophile vinyl reissue features revelatory dynamics and nuances. You've never heard a better pressing.

"When you hear this new reissue, even if you've heard the original hundreds of times, you will almost jump out of your seat when you hear these familiar elements move from the shadows to the foreground. Van sounds almost introspective and delicate on the original. The reissue reveals powerful vocal dynamics within which get revealed subtle, previously hidden emotional nuances and instant, immediately communicated revelations as they seem to travel from Van's mind into his vocal chords, and from there into the microphone's diaphragm."
– Michael Fremer, Stereophile and Analog Planet