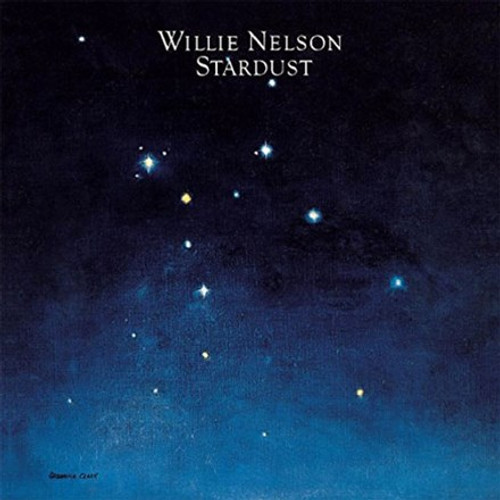 Cutting against country music traditions and Music Row conventions, Willie Nelson's 1978 departure into his favorite pop standards remains a genius-level creation as well as the icon's most commercially successful release. The Booker T. Jones-produced, Frank Sinatra/Ray Charles influenced Stardust is a truly gorgeous record infused with the ultimate respect for the composers and their lyrics and it features many of the finest performances of Willie's trailblazing career.

In redefining and re-imagining standards such as Irving Berlin's "Blue Skies," Hoagy Carmichael's "Georgia On My Mind," and the age-old "All of Me" – each of which landed in the Top 5 of the Country singles chart – Nelson wedded together pop, country, jazz, folk, and blues in a manner in which no artist had ever done prior. Issued at the height of the outlaw country movement, the timeless classic hit No. 1 on Billboard's Top Country Albums chart (remaining there for 10 years), produced no less than four hit singles, was certified quintuple platinum in the U.S., and garnered a Grammy award for Best Male Country Vocal Performance.